UK-based Betfair is no stranger to the mobile casino market, and it shows. Its New Jersey casino app practically sings, which is quite the accomplishment given that it houses over 120 games.

We just wish that the game selection on Betfair’s mobile app wasn’t so heavily weighted toward slots. But given the app’s overall design, features, and performance, we’ll assume most players will be willing to overlook this minor deterrent, but from the looks of it, Virgin Casino is working hard to expand its mobile library. 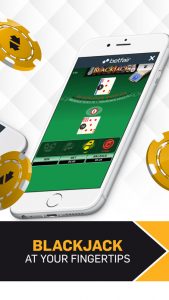 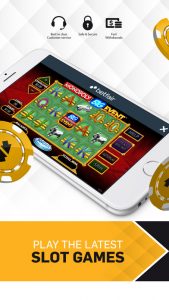 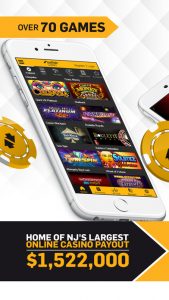 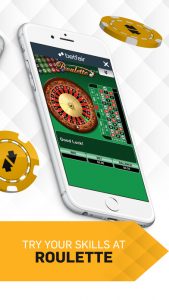 Interested in free money? Mobile players that successfully register an account on Betfair Casino will receive a $200 risk free day.

The $200 must be played online and cannot be withdrawn. However, any winnings can be withdrawn immediately once a player makes a real-money deposit.

The bonus remains valid for 60 days after it’s deposited in player accounts, after which time it will expire.

Players must wager the full amount 20 times on slots before the funds become eligible for withdrawal. This equates to a 5 percent cashback deal — meaning that players who grind out a 95 percent return slot should expect, on balance, to break even. Of course, there is a strong possibility they’ll turn a profit.

Other game formats contribute at a lower rate. Roulette wagers contribute 50 percent, and all other table games, including video poker, just 10 percent. Therefore, it’s probably in a player’s best interest to clear their bonus wagering on slots.

In either case, players are allotted plenty of time to clear their bonus: a full 90 days.

Three areas where Betfair Casino mobile could be better

The pros of Betfair Casino’s mobile app vastly outweigh the cons, but that’s not to say there aren’t a few small areas where it could be improved.

Betfair offers an ample amount of slots and a few other games. Overall, its mobile game library ranks slightly above average.

Slots are the bread and butter of the Betfair Casino NJ mobile app. At present, there are well over 100 slots available for mobile play, with more added regularly.

At this juncture, it’s pretty safe to say that if a slot launches on the main site, there’s a strong chance it will find its way to mobile shortly thereafter.

New slots are prominently displayed in the app’s lobby. Recent listings include:

Betfair is no slouch when it comes to offering old standbys either. Patrons will be happy to know that the same games they’ve been playing for years, can now be played from anywhere in New Jersey.

As is the case with all NJ casino apps, Betfair’s slot lobby is mostly comprised of penny slots, where a healthy portion of the return is wrapped up in one or more bonus features. Be prepared for some volatility.

Players will find that they have a lot more wagering options on Betfair’s mobile app versus an Atlantic City casino. Full cover bets can be made for as little as a quarter, and as much as $50 or more.

On a positive note, all games feature returns of ~99 percent or more under optimal player conditions. That, and they’re the Game King versions of the games, which we consider superior.

Admittedly, we expected a bit more, as Betfair features significantly more VP games, including a couple of exclusives, on its desktop client.

Betfair is known for supporting an eclectic blend of lesser-known table games on its main New Jersey site. Unfortunately, none of these one-off titles were ported to mobile.

What we’re left with are five of the better blackjack and roulette games available on mobile:

All of these games rank at or near the top of their class with regards to RTP (return-to-player). The blackjack games all offer returns of approximately 99.5 percent or higher, assuming basic strategy. Roulette games feature just one zero, effectively trimming the house edge down to a scant 2.7 percent.

As far as the game controls, it’s pretty clear that the touch titles were designed specifically with the mobile user in mind. The ports are a bit clunkier, but not to the point where they’ll cause players headaches.

Betfair is a hefty app, so it doesn’t surprise that the system requirements tend toward the higher side.

The first thing players will need is an Android or iOS powered device, as the software doesn’t support any other mobile platform. Secondly, the device will need enough storage space to hold a pretty chunky app: 75 megs on iOS, ~45 megs on Android.

Lastly, the smartphone/tablet will need a fairly modern version of the Android or iOS operating system. Presently, iOS users must have version 8.1 or higher installed. That’s just a couple versions behind the latest version.

There’s only one NJ casino app on the market that has higher versioning requirements, and that’s the newer, and feature intensive Play SugarHouse.

There’s a strong argument to be made that Betfair’s mobile interface is better than its equivalent on a desktop.

The Betfair difference is felt from the moment a player logs in.

Located in the main lobby are handy top and bottom bars, that provide links to various game libraries and account management features. Games are grouped not only by type but by popularity and exclusivity.

Below the top bar, are a series of game icons. These icons are divided into two groups; one for new games, located conveniently toward the top of the screen, followed by a listing of Betfair Casino’s most popular mobile games. It works.

As for the account management features, they’re as numerous as what’s found on the desktop. Bottom bar options include Promotions and VIP Club, while players can access the app’s cashier from either the main interface or the side menu.

Game interfaces vary, depending on the title’s manufacturer, but in all cases, they’re easy to get a handle of. Options such as sound, rules, pay tables, and Autoplay are often grouped together, and there are controls to handle bet denominations and player decisions.

All in all, about the best interface we’ve seen on any NJ casino app.

No major stability problems were encountered. However, there were a few minor quirks that caught our attention:

It is worth noting, that when the app is working properly — and that’s most of the time — its performance is nearly unparalleled. Menus load in the blink of an eye, and there are very few lost frames or technical hiccups during play.

For the most part, yes. Although it does entail a few extra steps on Android.

In order to get started:

Tip: Players that cannot open the download package may want to consider grabbing a File Manager app. Generally speaking, players should have no issue opening and installing any NJ mobile casino download file from one of these programs.

When it comes to depositing options, Betfair’s mobile casino offers more than a few:

Ready to start playing? Download now and get $200 risk free